Now in its sixth year, the ‘Many Hands’ campaign was first launched by the charity in 2008, and encourages north-west businesses to support their local children’s hospital by signing up to a fundraising target of £1,000.

Participating businesses will be challenged to come up with a unique and innovative fundraising initiative to raise their £1,000 over a six month period, with the aim to collectively raise over £50,000 towards the hospital’s Child and Adolescent Mental Health Service Unit.

Retail magnate and entrepreneur, Theo Paphitis made a guest appearance at the launch event, taking part in a Q&A session.

Commenting on the launch, Theo said:

“I had a brilliant evening at the launch event; it was great to meet so many businesses who are keen to get involved in the campaign, and fundraise for such a worthy cause. Many Hands is an excellent initiative which affords small and medium-sized businesses the opportunity to make a tangible contribution to their local hospital charity. It demonstrates how working together they can make a huge difference to the children treated at the hospital’s Child and Adolescent Mental Health Service Unit. I’m already looking forward to the finale event.”

Businesses at the launch also heard from Briege Gates, Service Manager at the Winnicott Centre, home of the Child and Adolescent Mental Health Service at Royal Manchester Children’s Hospital who spoke about the project this year’s event is fundraising for.

All funds raised by this year’s campaign will be used to complete the refurbishment of the Winnicott Centre. The Centre treats children and young people aged between three and 18, with conditions including depression, eating disorders, Obsessive Compulsive Disorder and self-harm. Participants in this year’s Many Hands Campaign will collectively support the provision of artwork throughout the centre, including the reception area, consultation rooms and the Family Group Room.

The artwork will incorporate characters and a storytelling narrative, with a sensitive and creative approach to colour, aimed at reducing anxiety and increasing self-confidence for our young service users during intense and distressing times of their lives.

The last five Many Hands campaigns have collectively raised £300,000 and seen over180 companies get involved from across the region. It has seen companies come up with a diverse range of fundraising initiatives from home-grown festivals at the foot of Snowdon to gruelling cycling challenges.

To find out more information, or to sign up for this year’s Many Hands Campaign, please visit: rmchcharity.org.uk/get-involved/corporate-fundraising/many-hands-2018 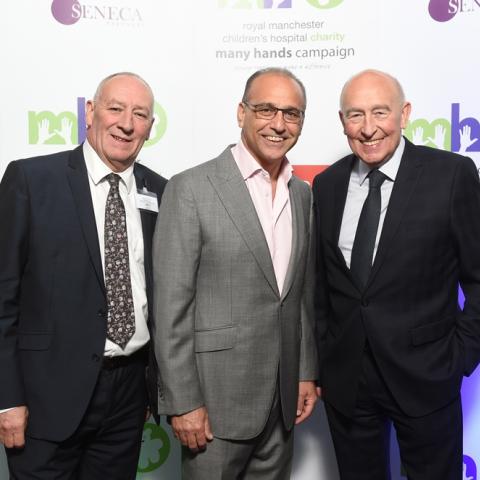