A Worsley Dad, along with a group of family and friends, will soon be setting off on a mountainous challenge in memory of his little girl.

John Jones is fundraising for Royal Manchester Children’s Hospital following his daughter Gracie’s treatment there, and he’s certainly not picked an easy challenge. On Wednesday 11th October he will set off from his home to walk all the way to Mount Snowdon, climb the mountain (the tallest in Wales) and walk all the way back!

Joining him on his journey will be brother Ben and friend Stuart Glasstone, from Huyton in Liverpool, Andy Barlow of Worsley, Frank Jennings of Sale, and Sophie Johnson, from Royton. The walk is approximately 180 miles, and the determined team intend to complete it in the space of a week – very nearly a marathon distance each day.

Gracie’s family and friends have already raised over £10,000 for the Children’s Hospital, and the team of walkers are hoping to add even more to their fantastic total through this huge challenge.

Gracie was only two- years-old when her parents John and Caroline noticed a small lump on the side of her nose. With the lump failing to go away, the toddler was referred to an Ear, Nose and Throat specialist at their local hospital.  On the brink of her third birthday in January 2014, her parents were given the devastating news that Gracie had a rare, aggressive form of childhood cancer, known as Aveolar Rhabdomyosarcoma. She was referred to see an oncology specialist at Royal Manchester Children’s Hospital the following week.

Next came a whirlwind of treatment; tests, radiotherapy, chemotherapy, surgery, and even a journey across the Atlantic to Jacksonville, Florida for specialist Proton Beam therapy.

Gracie fought her battle against the disease bravely for three years, and never lost her sense of fun, or indeed her sense of style – she loved to dress up, and when her hair started to grow back following her second bout of chemotherapy, she was adamant that it had to be dyed pink!

She was a keen dancer, and was excited about her part in the annual show with her dance school in May. She would be in three performances, ballet, tap and street, and despite the pain she was in when the cancer spread to her spine, she was insistent that she would still be taking part.

“On the day, I asked her if she felt ok and if she wanted to do the show,” shared Gracie’s mum Caroline, on the family’s tribute page. “She looked at me as if I was crazy and told me in no uncertain terms she was going. So full of Morphine, Calpol and other pain relief, she went ahead and smashed it both nights. I carried her up to the side of the stage, but once she was there, she was dancing away at the side of the stage, desperate to go on.

“I still don't know how she managed it, we found out a few days later that the cancer had also spread to her knee, and the show was really the last time she was able to dance. Within a few days she couldn't walk anymore and she never recovered from this. It was like she knew this was her last chance to perform and she was going to finish with a bang! She was so brave, so determined. I am so proud of her.”

In June this year, aged only 6, Gracie sadly passed away.

To support John and his team, or to read more about their Snowdon climb in memory of Gracie, please visit www.gracie-jones.muchloved.com.

Angela Rowe, Community Fundraising Manager at Royal Manchester Children’s Hospital Charity, said, “The Jones family, and their friends, have raised an absolutely fantastic amount so far and we are hugely grateful for their kind support. The Snowdon walk will definitely be a challenge, but their fundraising venture seems like a fitting tribute to a little girl as strong and determined as Gracie obviously was. We wish them all the best of luck!” 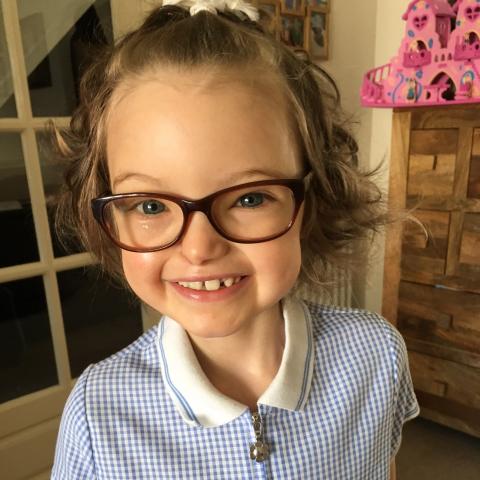