Manchester-born Laura has been a long-term supporter of the Charity, both personally and professionally, first becoming involved back in 2006 when the charity still operated as the New Children’s Hospital Appeal.

Initially drawn to the Hospital Charity as a thank you for the treatment received there by her eldest son, who was born with dextrocardia, Laura was part of the team that delivered the final fundraising dinner for the NCH Appeal, helping to raise a staggering £200,000 on the night to reach the ultimate £20million target.

Formerly the Regional Director of the Institute of Directors, Laura launched Manchester-based Journey9 in January 2010 with her brother and business partner David, who runs the US arm of the operation. The Journey9 team provides pro bono support for the Charity as well as staging a number of highly successful events and campaigns over the past three years.

Most recently, Laura took part in her second Bupa Great Manchester Run in support of projects supported by Royal Manchester Children’s Hospital. This May, Laura galvanised a team of over 170 people to take part in the 10km run to raise money in memory of eighteen month old Orly Feddy, the daughter of a close family friend who died suddenly in December 2012. The ‘Smile for Orly’ team raised over £70,000, with the monies funding a year-long placement for a children’s entertainer on the wards of the Children’s Hospital.

Commenting on her new ambassadorial role for the Charity, Laura said:

“Working with Royal Manchester Children’s Hospital Charity is a both a pleasure and a privilege and I am thrilled to have been asked to become their Ambassador.

“I have repeatedly seen and experienced the remarkable work undertaken by the Charity team and their supporters to make a real difference to the thousands of poorly children and their families who are treated at the Hospital every year. The commitment shown by the people who work for and with the Charity is inspiring and I am hugely proud of what we have achieved together in the past and will achieve together in future.

“Having a personal connection, through my eldest son, to the Hospital puts me in a position to truly appreciate what a difference the funds raised by the Charity can make to create an environment that is more child-friendly and less clinical, lessening the stress and anxiety caused by a stay in hospital for young patients and their families.

“I am quite sure that, by continuing to combine the strengths and knowledge of the Charity and the Journey9 teams, we will be able to continue increasing the fundraising and profile of Royal Manchester Children’s Hospital Charity throughout the North West and beyond.” 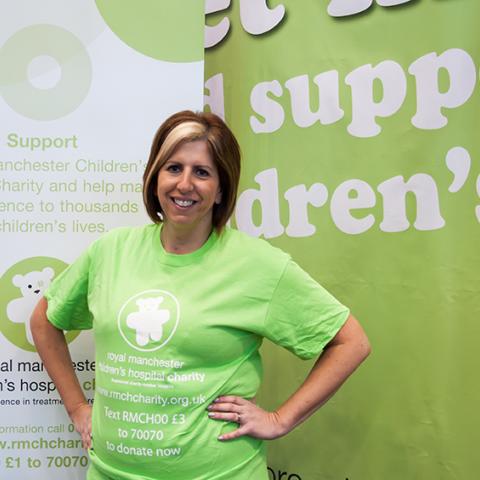