GEORGE Sampson will swap the street dancing for the screen time as he takes on a 24-hour live gaming stream to raise funds for poorly children in Manchester.

George won the second series of Britain’s Got Talent back in 2008 when he was just 14. Since then he’s widened his repertoire to presenting, singing and acting.

But arguably his toughest challenge yet will be happening next week, when he does a live gaming stream for brand new Charity fundraising initiative Game Your Way.

All week from Monday 8th August to Sunday, 7th August, Game Your Way will see gaming fans streaming their content and asking for viewers to join in the fun and make a donation to any of Manchester Foundation Trust Charity’s (MFT Charity) 10 hospitals.

George will kick off the Game Your Way event with his 24-hour challenge starting at 5pm on Monday. Fans can join him at any time by searching for his Twitch profile @georgesampson1993 and make a donation on his JustGiving page.

George, now 29, said: “It’s going to be loads of fun and I’m really looking forward to it.

“I’ll be doing lots of different things, not just constant gaming. So people can request songs in exchange for a donation, or I will change games if they pledge a certain amount. When I reach certain fundraising goals I’ll be giving away some prizes too. I don’t want to say too much, but there are some great prizes!

“I’ll also be chatting to people throughout, people can ask things in the chat and I also want to stream a few short videos from the Charity, so people understand how important this cause really is.”

George’s fundraising will be going to Royal Manchester Children’s Hospital Charity, one of 10 hospital charities in the MFT Charity family. The cause has always been close to George’s heart and he’s taken part in a number of Charity events over the years – even having a dance off against the Charity’s mascot bear Humphrey.

“I really want to raise as much as I can, because I honestly can’t think of a more worthy cause than poorly children in hospital,” said George.

“Manchester is where I started out, busking on the streets, so I want to do whatever I can for the city. From busking I was able to follow my dreams, and I hope the money we raise can ensure those children in hospital can get better and go on to fulfill their dreams too.

“Pre-Covid I was able to visit the hospital wards and meet some of the patients for myself. That really hit home to me what these children go through and how much they need our help.

“A lot of families are lucky and never have to see those wards, but I can tell them that they are fantastic places doing amazing things for those kids. So this is the least I could do.” George in a dance-off with Humphrey in 2012

Game Your Way encourages fundraisers to turn their gaming hobby into a fundraising event. And although the Charity is hosting the launch event next week, the Game Your Way offering will be available to supporters all year round.

Angela Rowe, the Charity’s Senior Manager for Community Fundraising, said: “Having George help us launch this new offering for our fundraisers is so special and we can’t thank him enough for kicking things off with such a monster challenge.

“But fundraisers don’t need to be intimidated by his 24-hour challenge. People could do smaller events such as playing an hour with friends or colleagues, or streaming themselves taking on a brand new game they’ve never played before to see how they get on.

“I’m doing a Game Your Way challenge too – my son will be teaching me my first ever online game. So I’ll definitely be watching George’s stream first to pick up a few tips!”

Anyone wishing to take part in Game Your Way can visit the Game Your Way website to download a fundraising pack or email charity@mft.nhs.uk to find out more. 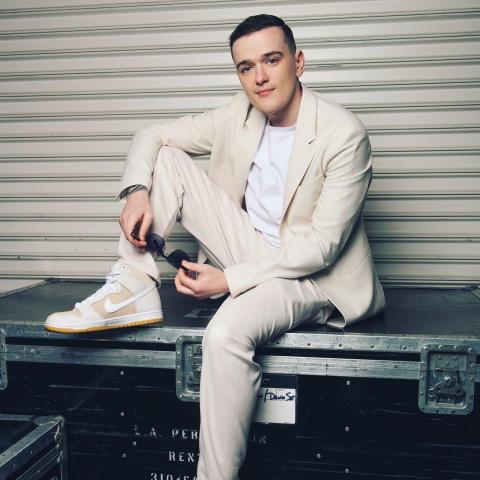