Congratulations are rolling in to celebrate Manchester Foundation Trust Charity winning the coveted award for National Fundraising Charity of the Year.

The award was presented to the Charity by the Institute of Fundraising on Monday 1st July. The awards, which are judged by a panel of industry experts, recognise excellence in fundraising and best practice nationally, showcasing the most remarkable fundraising achievements of the past 12 months.

The following day, the team were once again cheering as they were announced as a finalist in the North-West Charity Awards for Fundraising Team of the Year, the winner of which will be announced in September.

Maurice Watkins CBE, Chairman of the Charitable Fundraising Board, said: “This is an incredible achievement that highlights the hard work that every single member of the team puts in – it really is a whole team effort. Recognition at a national level demonstrates the significant impact we make by supporting the very best in treatment, research and care delivered by our people and our nine hospitals, and to receive two excellent pieces of awards’ news in the same week is just amazing.”

The Charity has invested in its fundraising capability to deliver a 100% increase in fundraising from the Charity from £2.3million in 2015 to £4.6million in 2018. An ambitious plan to increase income through 2018-2021 is already in place and will see the charity reaching new heights in the delivery of world class services to the people of Manchester, and beyond. 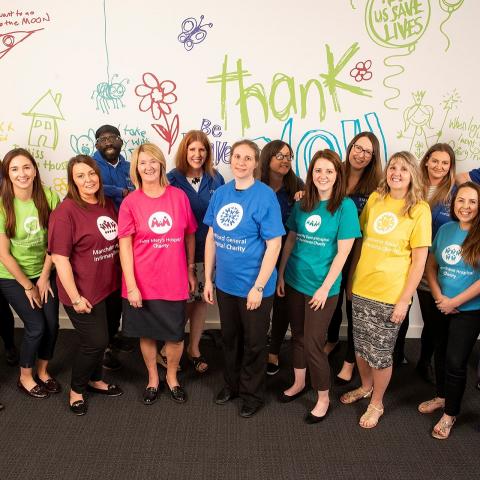