Steve, who is a keen runner, will join 40,000 people on Sunday 10th May to run 10K around Manchester and will be sporting the lime green shirt of Royal Manchester Children’s Hospital to show his allegiance to the Charity.

Steve took up the position of Trust Chairman in January 2015 following the retirement of Peter Mount CBE.  He has held a number of senior public service positions in Manchester throughout his career including; Deputy CEO (Performance and Inclusion),  Deputy CEO (Regeneration) for the City Council and most recently, Interim Chief Executive at the Office of the Police and Crime Commissioner.

Steve said “As the Chairman of CMFT I wanted to show my support for the Charity by taking part in this year’s Morrisons Great Manchester Run.  Charitable funds play a vital role in supporting continued excellence in treatment, research and care at our hospitals and I want to contribute to that.”

“I’m running for Royal Manchester Children’s Hospital as they are the nominated Charity this year but I hope to see people representing all our hospitals at the run.   I took part last year and finished faster than young Phil Neville!   I’m hoping to do a good time this year – yet more importantly I’m aiming to raise some money along the way.

This year the Morrisons Great Manchester Run is being held on Sunday 10th May 2015 and is now open for entries.  Since the first race in 2003, over a quarter of a million runners have taken to the streets of Manchester in Europe’s largest 10k run.  Royal Manchester Children’s Hospital Charity is delighted to be the nominated charity for the second year running. 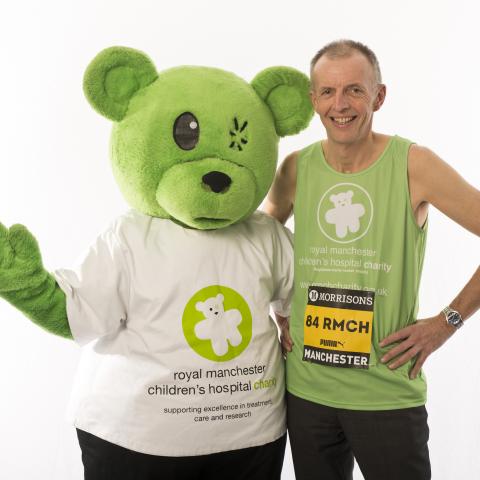