Stars line up for Charity Abseil

TV STARS are swopping the soaps for the ropes as they take to a charity abseil in Manchester this weekend.

Both celebs are supporters of the Charity – Nikki Sanderson ran the Great Manchester Run for the cause in 2010. But boyfriend Anthony will have the upper hand this weekend, having previously done the Charity’s abseil in 2016 with pal Jamie Lomas. Anthony said: “It was scary then and it’s scary now! But I guess having done it before, I’ll have to try and be better than Nikki. She’s fearless though!

“It’ll be good fun as soon as the stress of going over the edge is gone. There could be a bit of friendly rivalry going on, we’ll see, but it’s all in aid of a good cause and we’re both looking forward to it.”

Royal Manchester Children’s Hospital Charity is hosting the event at the Hyatt Regency Hotel. The hotel’s location just off Oxford Road means participants will be able to see the children’s hospital from the rooftop before they make their descent – reminding them of the 280,000-plus children who visit the hospital every year and who benefit from the charity’s fundraising efforts.

Joining Anthony and Nikki will be actor and powerlifter Jazmine Franks and entrepreneur and The Apprentice contestant Amy Anzel. Jazmine took on the abseil last year with fellow actors David Tag, Simon Gregson and Joe Duttine, but this will be Amy’s first time. Jazmine said: “Once you get over that initial thing of going over the edge, you actually relax into it and have a lot of fun.”

Amy said: “I’m so excited to be involved and can’t wait to see the amazing views across Manchester and the Peaks. Although I have to admit, I'm a little bit nervous!

"But knowing that you’re helping incredibly poorly children and their families gives you all the push you need to get up there and do it. I'm honoured to be involved and support such a brilliant cause.”

The Charity still has slots open for anyone who wants to join the abseil, which is taking place on Sunday, 26th June. Everyone taking part will be rewarded with a cocktail or mocktail donated by the Hyatt Regency Hotel. Supporters can also enjoy a barbecue and music.

Superhero costumes are not required, but very much encouraged. Each participant is asked to raise funds for Royal Manchester Children’s Hospital Charity, which will be match-funded by corporate sponsors Peninsula Group. Entry is only £25 per person. The Charity’s Senior Events Manager Viv Williamson said: “Humphrey’s Heroes Abseil is one of my personal highlights in the Charity calendar – seeing those scared faces turn to elation when they’ve completed the abseil is amazing.

“I also love getting the chance to speak to fundraisers and find out what made them push aside their fears and do something amazing for a worthy cause. Often they have a personal experience of our hospital and it’s humbling to hear their stories. It reminds us all of the importance of our Charity and our amazing NHS hospital workers.

“All our participants have a fantastic day and bring along supporters to cheer them on in the garden. So I’d encourage anyone to give it a go.”

Participants can sign up on the Charity’s Abseil Page until Friday lunchtime. Any last-minute entries can email amy.mortimer@mft.nhs.uk or show up from 10am on the day and enquire if there are spaces left. 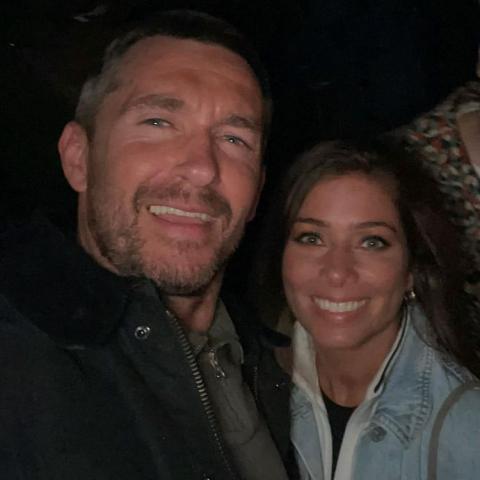