Stars Get Festive at Carol Concert

A host of Manchester Stars came together for the fourth annual Christmas Carol Concert in support of Royal Manchester Children’s Hospital Charity.

Cold Feet Star John Thomson hosted the Christmassy affair at Manchester Cathedral with traditional and contemporary readings from celebrity supporters of the charity including Coronation Street’s Kym Marsh and Samia Longchambon, as well as some festive readings from patients and hospital staff.

More than 800 guests attended on the night, enjoying incredible performances from the choirs of Manchester High School for Girls, Manchester Grammar School and Parrs Wood High School. Those in attendance joined in with up-beat congregational numbers, helping to set the scene for Christmas.

All money raised from the event will go towards Royal Manhcester Children’s Hospital charity’s ‘One Big Wish’ Christmas Appeal to raise funds to help purchase the gift of ten 3D Pain Distraction Unit to ease patients’ fears and take their minds off the medical procedures they can dread.

At first glance, these state-of-the-art Units look just like giant TVs, but they’re actually so much more special. They project a series of interactive 3D images and games that children can control and enjoy whilst they undergo medical treatment. Wearing special 3D glasses, the child becomes completely immersed in a colourful world of virtual reality that distracts them from pain and blocks out the frightening sights and sounds of the treatment room. 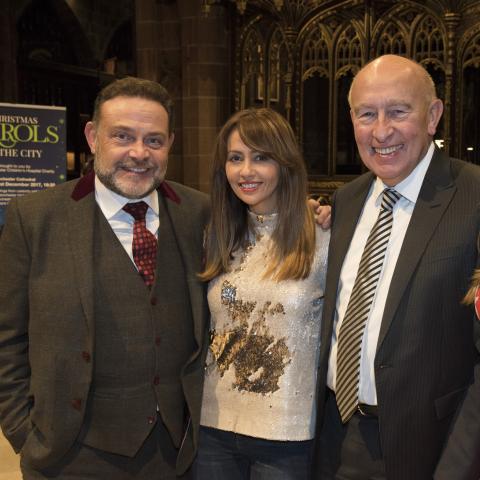