Home > News > Spend Christmas With Celebrities In Your Living Room

Spend Christmas With Celebrities In Your Living Room

CELEBRATING Christmas at home just became a whole lot more exciting – with the chance to invite a host of celebrities into your living room!

While many events have been unable to take place this year, Royal Manchester Children’s Hospital Charity was determined to make sure two of their Christmas favourites were still able to go ahead.

The first will be Virtual Sparkle in the City, which will be hosted by Ru Paul’s Drag Race UK star Crystal. The event is usually a glamorous three-course Christmas dinner with special entertainment and appearances from a whole host of stars and, of course, a fundraising auction. And while participants will have to make their own food and pour their own fizz this year, the host and celebrity guests will be joining them in their living room or office….albeit through their laptops. Supporters will also be sent a special pack of goodies through the post, thanks to event supporters Selfridges & Co, so they can recreate the usual atmosphere of Sparkle in the City at home.

“I’m really looking forward to being part of Virtual Sparkle in the City,” said Crystal. Crystal appeared in the sixth season of Ru Paul’s Drag Race UK and will be bringing her unique flare to the fundraising event.

“Christmas is such a fun time of year and I really want to translate all the excitement and glamour associated with the normal Sparkle event into the virtual version.

“And who would pass up the opportunity of having me in their living room for the afternoon? I’m sad I won’t get to meet everyone in person but surely having me in your house (kind of) is much better!”

Virtual Sparkle in the City is taking place on Friday, 11th December and tickets are just £20 (or £100 for six people). Each ticket includes a stylish Sparkle pack, live host Crystal and exclusive Sparkle performances from Cole Page and Girls That Mix. And although it’s a virtual event, participants are encouraged to sign up as soon as possible to guarantee delivery of their event pack.

Charity patron, event auctioneer and Coronation Street legend, Antony Cotton, said: “I can’t wait for Sparkle this year – it’s always a fun event and I’ve enjoyed being the auctioneer on a number of occasions. I’ve already seen the prize list and there are some really special items on there so I’ll be encouraging everyone to get involved.

“As a patron, I understand just how vital fundraising is for the children’s hospital and what a difference it can make to patients treated there. The Charity has been unable to host a number of fundraising events this year, such as marathons and their popular abseil, which is why it’s even more important that this year’s Sparkle is well-supported.”

A firm family favourite in the Christmas calendar is also making a welcome return. Royal Manchester Children’s Hospital Charity will also be hosting Christmas Carols in the City. This too comes with an event pack, packed with treats from event sponsors PG Tips, so family members can snuggle up together to enjoy some festive drinks and snacks while singing along to the carols. Once again, the Charity is encouraging participants to sign up early to avoid delay in their pack arrival.

Event host, Charity patron, actor and comedian John Thomson, said: “This is one of the best Christmas events in Manchester’s calendar, so we couldn’t even consider cancelling it.

“Although it won’t be in the Cathedral this time, doing a virtual version does mean we’ve been able to put in a few new surprises.

“This really is a family event and suitable for all ages, including young fans who love the Charity’s mascot, Humphrey. And we’re so lucky that Cath Tyldesley and Faye Brookes will be doing festive readings too.”

Cath, who has been busy filming ITV dram Viewpoint in Manchester and Faye, who will soon be appearing on Dancing on Ice, have both been enthusiastically posting about the event on social media. Cath made a very festive video to promote Christmas Carols in the City on her Instagram, while Faye shared a photograph of herself from a previous Carols event the Charity ran.

Tickets for Christmas Carols in the City are just £12 per household. This includes the event pack, some wonderful performances from the likes of Brass Monkees, The Hammond School, Manchester Grammar School and a donation to the Charity.

Viv Williamson, Senior Events Manager at Royal Manchester Children’s Hospital Charity, said: “Our Sparkle and Carols events are so popular with our supporters that there was no question of them ever being cancelled – we were determined to find a way to do them virtually.

“And we’re incredibly lucky that we have the support of so many well-known and much-loved celebrities to get everyone in the festive mood.

“And who could resist the chance to have a drag queen, a Corrie star and actors and comedians joining you in the living room? It’ll certainly add some fun to December’s calendar and all while raising some much-needed money for a wonderful Manchester NHS cause – Royal Manchester Children’s Hospital Charity.”

The two events are also being generously supported by Peninsula, who are match-funding both Carols and Sparkle up to the value of £10,000 per event. This is part of a wider pledge by Peninsula to raise £2million for Royal Manchester Children’s Hospital Charity. 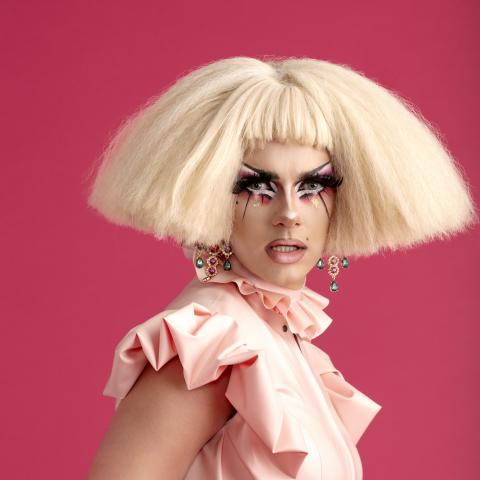