GLAMOUR and Christmas united for a festive fundraising feast which raised an amazing £40,000 for charity.

Royal Manchester Children’s Hospital Charity held its annual Sparkle in the City event at the Principal Hotel on Friday – attracting the glitterati of Manchester to attend.

Hosted by Simon Gregson and auctioneer Antony Cotton (better known as Steve McDonald and Sean Tully to Corrie fans) and with a special performance from Max George and DJ set from Clint Boon, guests included The Real Housewives of Cheshire star Tanya Bardsley as well as a whole host of VIPs from the city’s business world.

The lunch included a champagne reception sponsored by Peninsula, an exclusive Selfridges fashion show and a charity auction, boutique raffle and a draw to win a £2,500 diamond necklace.

Sarah Naismith, Royal Manchester Children’s Hospital Charity’s director, said: “Sparkle in the City is always a highlight in the Charity’s calendar and this year was no exception.

“It was a fantastic day and I’m so pleased we were able to host such a successful event to mark the start of the festive season in style.

“I’d like to thank each and every person who attended, donated a prize or helped us make it a success in some other way.”

The enviable list of auction prizes up for grabs included Manchester United and Manchester City signed merchandise, VIP hospitality at Lancashire Cricket Club and backstage passes to A League Of Their Own filming, kindly donated by Rachael and Andrew Flintoff. There was also a luxury prize draw to win a Coccinelle handbag and a Tanya Bardo Boutique hamper with £500.

This year’s event will help fund Royal Manchester Children’s Hospital’s Burns Camp. The programmes are designed to help children face the challenges associated with a traumatic injury, prolonged treatment regimens and rehabilitation through activities which make them feel good about themselves.

The necessity of these camps and the wonders they can do for a child’s confidence is known only too well by Sparkle speaker Amy Meadows.

The Sparkle guests fell silent as Amy recounted how her Halloween costume had set on fire after she leaned over a candle. She attended the camps as a child and now, as an adult aged 26, volunteers as a leader.

A selection of photographs from the event are available here. 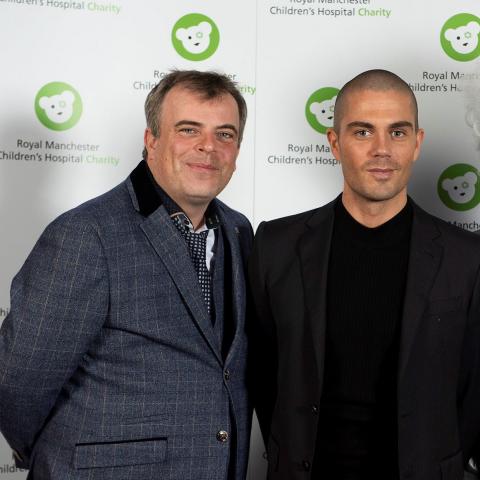