Royal Manchester Children’s Hospital Charity (RMCH Charity) is delighted to announce that it has been selected as one of two local nominated charities for next year’s Bupa Great Manchester Run.

Registrations are now being taken for the ten kilometre Manchester road race, which next year will take place on Sunday 18th May. When registering online at www.greatrun.org  participants can now select to run in support of a charity, with RMCH Charity and We Love Manchester awarded the two coveted council-selected local charity spots.

“It is a huge boost for us to be selected as one of the local charities for this year’s Great Manchester Run and we are very grateful for this opportunity. Our supporters do us proud every year by turning out in numbers but this year we very much hope to see a record number of runners cross the finish line in the green t-shirt of Royal Manchester Children’s Hospital Charity.”

RMCH Charity has a limited number of £20 guaranteed entry places available on a first come, first served basis by emailingcharity.events@cmft.nhs.uk or by calling 0161 276 4522.

The Hospital Charity has also been selected as the local nominated charity for this year’s Bupa Great Manchester Mini and Junior Runs, with details about these events due to be confirmed in the new year. 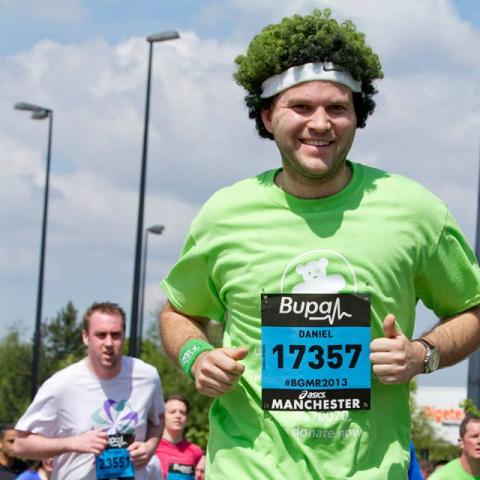