Born in Manchester, Andy started his career in Formula Ford successfully moving up through the motorsport ranks and has raced in some of the world's most competitive and renowned championships. He has now pledged his support to the charity by becoming an official patron, taking time out of his racing schedule to visit the hospital, and learn more about how he can get involved to give back to his local Children’s Hospital.

Andy comments: “I’ve seen first-hand the incredible work the hospital does and how the Charity works hard to support the hospital which is why I’m really excited and honoured to become an official patron. I know how much the hospital means to so many families across the North West who have needed to use its services, and for that reason I couldn’t think of a better local charity to support. I’m excited to be able to give something back to my local community who have always been so very supportive of me”

Having driven both GT and Prototypes as a factory driver for the Bentley and Aston Martin Racing teams, Andy has established himself as one of the most successful and versatile racing drivers competing today.

Andy will now be helping to raise awareness of the charity and lending a hand with fundraising so that the charity can continue to support excellence in treatment, research and care and help to make a difference to the 240,000 children who visit the hospital each year. Andy has already signed up for his first challenge, a 240ft abseil in Manchester City Centre. Andy will reach dizzying new heights as he heads over the edge of Liberty Living owned Liberty Heights in Manchester City Centre to help raise funds in support of the Children’s Hospital.

Andy adds: “Although I’m used to extreme sports I’ve never taking part in an abseil before and let’s put it this way, it won’t be the easiest of challenges for me! I’m sure my stomach will be turning when I’m at the very top but knowing it is raising money for such a good cause, and to help poorly children and the hospital will spur me on!

Sarah Naismith, Head of Charities at Royal Manchester Children’s Hospital Charity commented: “We’re really pleased to welcome Andy as a patron of Royal Manchester Children’s Hospital Charity and it’s fantastic that he has already signed up for our Humphrey’s Heroes Abseil later on in the year! The support of patrons like Andy is vitally important to the hospital and Charity for raising awareness about the work we do, encouraging people to fundraise for us and visiting our poorly patients and their families at the hospital. I’m delighted that Andy has pledged his support and we look forward to working with him more in the future.” 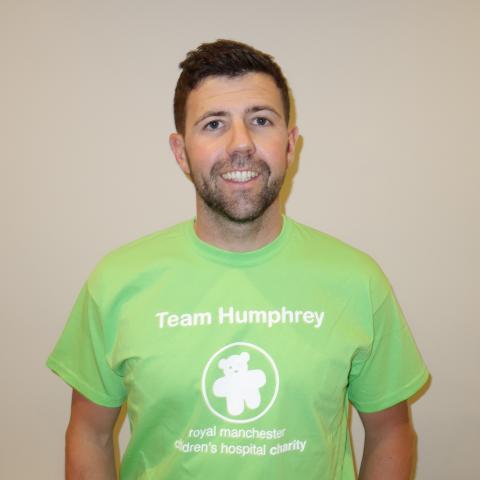