Former Olympic champion swimmer Rebecca Adlington OBE dropped in at the Children’s Hospital last week to say hello to some of our young patients.

Becky, who won two gold medals at the Beijing Olympics and two bronze at London 2012, took a tour of the hospital, conducted by Lead Nurse for the Children’s Hospital Walter Tann, and met many of our young patients on the wards.

24 year old Becky, who was awarded the OBE in 2009, recently moved to the Manchester area from her home town of Nottingham. She retired from professional swimming following the London Olympics and is now spearheading Becky Adlington’s SwimStars, a swimming initiative with the goal that all children should be able to swim at least 25m before leaving primary school. 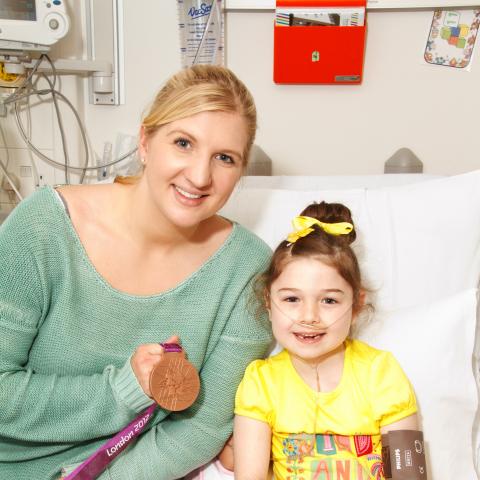