UPDATE: Please note this event has been postponed until further notice due to adverse weather causing water damage.

PUFFS of smoke and the toot toots of miniature trains are once again a familiar scene in Poynton thanks to a troop of local enthusiasts who didn’t want to lose an iconic attraction.

When Brookside Miniature Railway closed suddenly in September 2018, many visitors voiced their disappointment at losing such a well-loved venue. But now a band of local enthusiasts have worked hard to replace bridges and relay track and will be hosting a Grand Re-Opening on Sunday, 24th March.

The volunteers have put in months of hard work to revamp the site and have welcomed visitors back every weekend since late 2018. But they decided an official re-opening would be a fitting way to announce Brookside Miniature Railway was back in business.

The entire day will be free for visitors, who will be able to enjoy train rides, Keelings Vintage Fun Fair and music from Mad Ed’s Hot Five Jazz Band. Instead of paying for train rides or vintage rides, visitors will instead be asked to make a donation to Royal Manchester Children’s Hospital Charity, whose mascot, Humphrey Bear, will also be attending.

Chris MacKenzie MBE, one of the railway directors, said: “The event started off as simple ‘we’re back in business’ but then volunteers decided it would be great to make the entire event free, but with voluntary donations to the Royal Manchester Children’s Hospital Charity.

“When others heard what we were planning, they also offered their services for free; stewarding, providing funfair rides, musicians, charity collections – the list is endless.

“Of course the Brookside Garden Centre staff from Klondike-Strikes have also been very supportive.

“I find it encouraging how so many people from the community are keen to get involved and help a charity that’s so important to local families.”

The Grand Re-Opening will be held from 11am to 4pm. As the railway crosses over the boundary between Stockport and Poynton, the mayor of Poynton, Sarah-Jane Gilmore will invite both mayors from either side of the border to jointly cut the ribbon at 2pm. Mayor of Cheshire East Councillor Lesley Smetham will share the ceremony with Mayor and Mayoress of Stockport, Councillor Walter Brett and Mrs Maureen Brett.

Andy Prior, the railway’s Site Manager, said: “We chose the Royal Manchester Children’s Hospital Charity because many of our customers are children. It’s nice to give something back to a charity benefitting children, especially those who really need it.”

Collections on the day will all go to Royal Manchester Children’s Hospital Charity. After the re-opening day, normal fees will apply and a train ticket will cost £2.

“We’re so touched the volunteers chose to ask for donations instead of selling tickets – it really does mean a great deal to us.

“We hope the day is a big success and encourage children and families to go along and have some fun.” 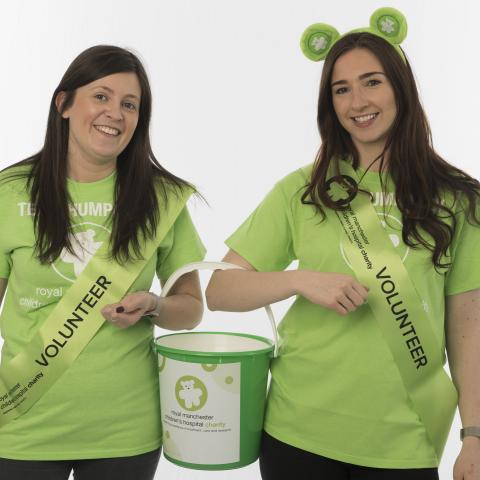