Organisers of the ASICS Greater Manchester Marathon have announced Royal Manchester Children’s Hospital Charity and The Christie Charity as the two lead local charities for the 2014 race, which takes place on Sunday 6th April 2014.

The Christie is one of the largest cancer centres in Europe, treating more than 40,000 patients a year. Based in Manchester, with radiotherapy centres in Oldham and Salford, it runs one of the largest radiotherapy departments in the world, the largest single site early phase clinical trials unit in the world and the biggest chemotherapy unit in the UK. It has also been pioneering cancer research breakthroughs for over 100 years. Through the impassioned dedication of its staff, volunteers, members and supporters, it remains committed to helping all those affected by cancer, both now and in the future.

Hannah Thomas, Events & PR Manager at Royal Manchester Children’s Hospital Charity commented: “The ASICS Greater Manchester Marathon is a thriving sporting event which is growing in prominence every year and we are delighted to have been chosen as one of the race’s two local charities for 2014. Our supporters always turn out in force to raise much needed funds for us and we hope to engage even more people than ever to run for Royal Manchester Children’s Hospital Charity.”

Rachel Steele, Sporting Events Officer for The Christie said: “We are delighted to be a part of the marathon again this year. Fundraising at events like the ASICS Greater Manchester Marathon helps us enormously by helping to pay for vital research, treatment and care for our patients - every penny raised really does make a huge difference. We had an incredible 170 runners take part last year for our cause and we hope that we can welcome even more runners to Team Christie in 2014.”

Race Director Simon Hill added: “We are pleased to welcome the Royal Manchester Children’s Hospital Charity and The Christie Charity on board for the 2014 race and we will be working closely with them to help raise awareness and funds for the charities. The ASICS Greater Manchester Marathon is a great platform for charity fundraising and continues to grow in size and popularity.”

Registration is open, and runners wishing to run for the Royal Manchester Children’s Hospital Charity or The Christie simply need to select their chosen charity as their charity of choice when completing the online registration. Alternatively more details can be found at 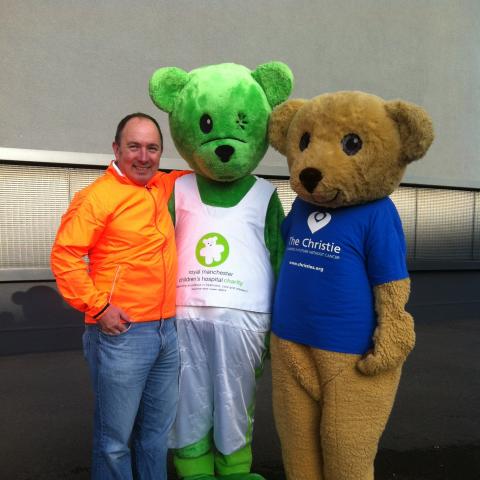