A Lancashire dad who developed an app for children in hospital after his daughter’s cancer treatment is gearing up for a 500-mile cycle ride.

Dom Raban will pedal 100 miles a day in June as part of the #TOO500 event which rides between six English children’s hospitals, including Royal Manchester Children's Hospital.

The 57-year-old met event organisers Hannah and David Cole after launching his Xploro app to help inform children of their treatment.

Mr Raban’s daughter Issy was diagnosed with cancer aged 13 in 2011 and was treated at the Royal Preston, Royal Manchester and the Christie hospitals. Mr and Mrs Cole lost their 16-month-old son Oscar suddenly in 2014 and their charity, Thinking of Oscar, has sought to improve paediatric care ever since.

Mr Raban, who founded Manchester-based digital innovation agency Corporation Pop in 1991, said: “I was seeing first-hand what it was like for a 13-year-old going through the health service with no information about what was going to happen to them. It made perfect sense to me to try to develop something that could help.

“With my daughter’s experience there was a lack of information for her age group. There were some resources for toddlers with picture books, and older teenagers could access the limited information available to adults, but eight to 14-year-olds were a really under-served group.

“There was no information and the healthcare professionals were addressing us as parents and not my daughter.”

The Xploro app, which explains treatment processes to children, is currently undergoing a clinical evaluation at Royal Manchester Children’s Hospital and is also set to be used at the Christie Hospital.

Mr Raban met David Cole on LinkedIn and the pair bonded over their shared experiences and a love of cycling.

Said Mr Raban: “I’m a keen cyclist and David’s a triathlete, so we started talking about cycling. He mentioned doing something for the fifth anniversary of Oscar’s death and I offered to get involved.”

As well as agreeing to take part in the event, Corporation Pop designed and built the #TOO500 website for free.

After 500 miles in just five days, riders will cross the finish line on June 16, three days before the fifth anniversary of Oscar’s death, at Blenheim Palace in Oxfordshire.

“A 100-mile ride is fine, but I’ve not done five days on the trot before,” said Mr Raban. “A few days of recovery is normally needed after a 100-mile ride, so it will definitely be a challenge.”

The event is open to all and cyclists can sign up for a single day or the whole event. The aim is to raise £500,000 to improve children’s healthcare in this country.

Father-of-two Mr Raban, a self-confessed “map geek” who helped plan the initial itinerary, said: “I think the route goes through some of the most amazing countryside in England. There’s something in that route for everyone. If you’re not a regular cyclist then some of the stages are relatively flat. And if you are an experienced cyclist then do Manchester to Sheffield!

“The ride marks a significant period for Hannah and David it will be an emotional time, and if we get close to the £500,000 target we will all have made a huge impact.”

To sign up or donate to the event visit www.too500.co.uk. 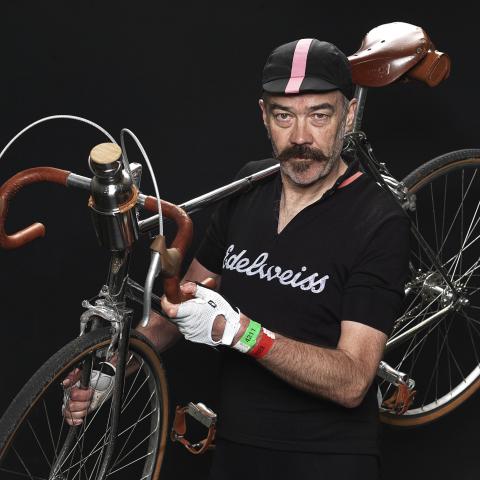