Seven-Year-Old Joseph Hibbert from Cheadle Hulme has set his sights on an epic fundraising challenge to climb Ben Nevis, the tallest mountain in the UK.

Since the age of just three Joseph has been raising money for Royal Manchester Children’s Hospital Charity, taking part in six races and raising thousands for the charity. This year Joseph is upping the challenge stakes and will be swapping his running shoes for hiking boots on Saturday 15th July as he plans to take on the 1,345 metres climb.

Joseph’s Mum, Shelley Hibbert comments: “It’s safe to say that Joseph has definitely caught the fundraising bug! Joseph was first inspired to fundraise for the Children’s Hospital when he watched the Charity’s video and wanted to help the poorly patients who were at the hospital. He set himself the target of running 5k before he was five years old and managed to raise over £3,000 for the burns unit at the hospital!

“We were so incredibly proud of Joseph’s determination and compassion and now he has another challenge up this sleeve! Climbing Ben Nevis is no easy feat – least of all for a six year old with little legs but I have no doubt that Joseph will see through the trek. He told me that his challenge is nothing in comparison to the challenges the poorly children in the hospital face.

“Joseph’s fundraising is already off to an incredible start already – he’s is letting everyone know about his challenge and in his own words, hopes other children will want to do this as well”.

The young rambler will be raising money towards the use of Giggle Doctors within the Children’s Hospital. Giggle Doctors create an environment of fun and laughter by engaging with a child’s natural inclination towards play and mischief, providing a welcome distraction for young patients from anxiety or painful treatments.

Angela Rowe, Community Fundraising Manager for Royal Manchester Children’s Hospital Charity, adds: “Joseph really is a remarkable little boy! As Community Fundraising Manager I hear of many weird and wonderful ways that people fundraise for us but we’ve never had anyone as young as Joseph take on a challenge like this! It’s admirable that he is so dedicated to helping other children less fortunate than him. We wish Joseph the best of luck for the climb and can’t wait to hear how he gets on!” 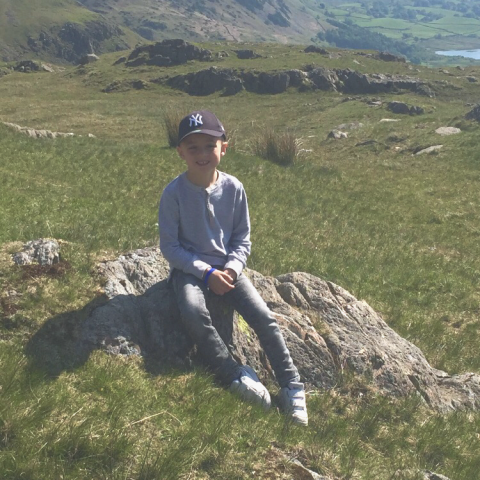