Today, during the Budget, the Chancellor is expected to announce that we will receive over £1 million to help our Helipad Appeal.

The £1.1million will go towards an existing appeal for £3.9m to build the landing pad and infrastructure at the Trust’s central Manchester hospitals site, where four of the Trust’s eight hospitals are based and will come from banking fines.

The Trust, which has already raised £1.7 million, currently relies on a landing site in a nearby park - but it can only receive patients during the day because of insufficient lighting and they have to be transferred the final mile of their journey by road ambulance.

“The NHS has always been a number one priority in my Budget. I’m particularly delighted to fund Central Manchester’s University Hospitals NHS Foundation Trust. Between them, these hospitals see over a million patients every year. Each offers world-leading specialist services for critically ill patients which are not available at other hospitals within the North West and in some cases in the UK.

“The helipad will allow patients to be brought for treatment at the Central Manchester Hospitals, providing the quickest possible access to this expert emergency and specialist care.

“This is exactly the kind of good cause we can use the Libor fines to support. Those who demonstrated the worst of values should back those in Manchester who demonstrate the best of British values.”

“ We are incredibly grateful to receive this very generous amount of funding from the Chancellor. His commitment to our Helipad Appeal means we are now much closer to reaching our fundraising target for this very important appeal.

“As a Charity our priority has always been the health and wellbeing of the people of the North West and beyond, so I am delighted that we have received this pledge towards our life-saving project. The creation of this Helipad will significantly reduce the amount of time it takes for patients to get the expert care they urgently need, allowing our hospitals to increase the chances of a full or improved level of recovery in a great many seriously ill or injured patients.” 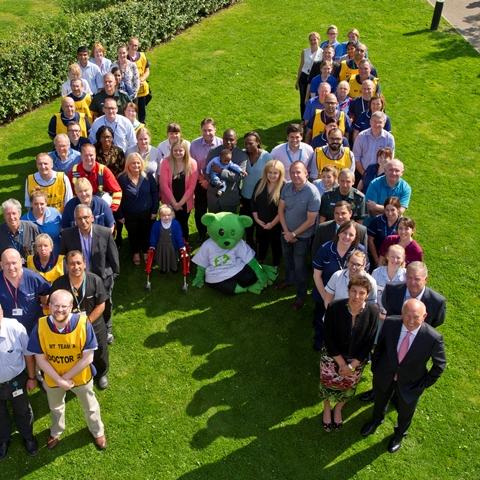