Harley, ‘a child of courage,’ was joined on stage by the host of the show, Carol Vorderman, and X-Factor’s, Nicole Schirzinger, Louis Walsh and last year’s contestants Union J when he was presented with his award.

Ever the character, Harley refused a kiss from Nicole on stage and won the crowd and viewers over with his wit and charm.

Earlier in the month, Harley was also surprised by 100m World Record holder Usain Bolt who broke the news that he had won the award for his courage and determination.

At the age of three, Harley received treatment at the Children’s Hospital after he contracted meningitis and unfortunately lost all of his limbs. Five years later, as a thank you to the hospital and staff that saved his life, Harley started and took part in the Great Manchester Mini Run to raise money for the charity.

The race, which was one mile long, was the furthest that Harley had ever walked on his prosthetic limbs but he completed it without stopping and has even mentioned he would like to take part again next year. Harley raised over £1,000. 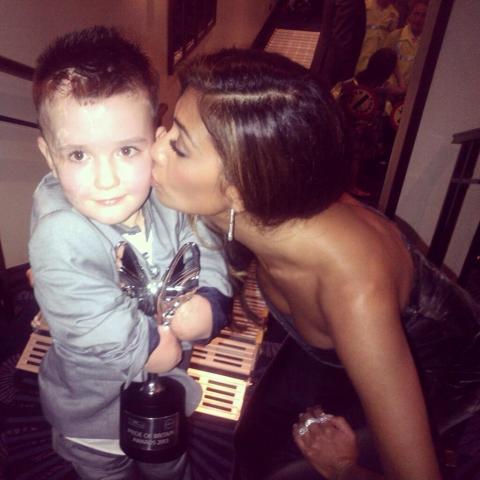