Halloween Costume Scarred Me, Burns Camp Save My Life

A BURNS survivor who was scarred for life when her Halloween costume caught fire has been describing how Burns Camp helped her recovery.

Amy Meadows (pictured with sister Rachel) was just 13 years old when her vampire costume went up in flames after she leaned over a tea light at a friend’s house party.

The nylon sleeves of the costume caught fire and burnt her arm, underarm and back while her coloured wig melted to her own hair, causing her immense pain and both mental and physical scarring.

But although doctors and nurses were able to carry out skin graft operations and gave her the best treatment possible, Amy says it was the chance to go to Burns Camp that really helped her accept her injuries.

“The Burns Camp was really the thing that changed my life,” said Amy. “Without the camp I wouldn’t have accepted psychological help. I’m not over exaggerating when I say it changes peoples’ lives.

“In my mind, talking about it would have been accepting things had changed and I wasn’t prepared to do that….until I went to Burns Camp.”

Our Charity helps fund the camps and this year it’s hoped a large portion of that funding will come from Sparkle in the City, a Christmas lunch with a champagne reception, fashion show and performance from Max George, formerly of The Wanted.

Amy, now 26, will be speaking at the Sparkle in the City event to let people know about her injuries and how the Burns Camp helped her open up to accepting help.

“The night itself was horrible and it affected me for a long time,” said Amy. “I remember screaming and a neighbour ran to help me. He scooped me up and held me in the cold shower to cool me down.

“I remember the skin melting off my arm like candle wax dripping down. I’d managed to get the costume off but I was still in so much pain.

“I knew it was bad when I was taken to A&E and I was in hospital for two weeks. But even then I didn’t really accept things would permanently be different.

“I remember being very calm about things. One day I was introduced to a psychologist and I just thought ‘why is she here?’. When they’d explained ‘it will scar’ I think it my head I was imaging a small scratch you’d have to squint to see.”

Amy, a business owner who lives in Droylsden near Oldham, was initially reluctant to attend the Burns Camp. But she promised her parents, Ann and Alan, she would give it a chance and stay one night before phoning home.

“I never phoned them the entire week – I loved it,” Amy laughed.

“I honestly thought we’d just sit around talking about our injuries the whole time, which is why I hadn’t wanted to go, but that couldn’t be further from the truth.

“The camp leaders never once mentioned it and they let the kids dictate what they were comfortable with doing and talking about.

“We did so many fun things like abseiling, canoeing, sports and hiking – it was so far out of my comfort zone but I loved it.

“Exercise is great for stretching scar tissue and helps in the healing process. And swimming is obviously a big thing for lots of the children there because it involves showing parts of your body you might not be comfortable with. ”

Amy was 14 when she attended her first Burns Camp, the first one available to her after her injury, aged 13. She went on a Burns Camp each year after that, all through her adolescent life, until she decided to become a volunteer leader herself.

“I made so many amazing friends and the leaders were really inspiring,” said Amy.

“There was one guy there who was training to be a doctor and had also been burned himself. But I remember meeting him and thinking he was so normal. He was ‘Alex the trainee doctor’ and I was fearful I would be ‘Amy with the burn’ forever. I never once saw him as a burns person and that’s what I wanted for myself. He was so inspiring.

“He changed my mind about seeking help and now I’m at such a good point in my life and very happy.

“I did my first summer as a Burns Camp leader this summer and it was incredible. And I think the kids like having someone who’s been through it too. They ask me if I have a boyfriend and what my scar feels like because they want to know what’s in the future for them.

“The Burns Camp helped me so much when I was younger and I feel very honoured that I now get to do the same for other kids.”

The Burns Camps are partly funded by our Charity, which enables the hospital to provide additional resources that make life easier for patients and their families who use the hospital.

The Burns Camp programmes are designed to help children face the challenges associated with a traumatic injury, prolonged treatment regimens and rehabilitation through activities which make them feel good about themselves.

Sarah Naismith, Director of Royal Manchester Children’s Hospital Charity, said: “Amy’s story particularly hits home this month with Halloween happening. The fact she has been able to tell her story and speak about the importance of Burns Camp is testament to what an inspirational young woman she has become.

“I can’t wait to hear her speech at Sparkle in the City and I’m sure it will be a memorable and poignant moment of the event.”

Amy will be telling her story at Sparkle in the City, which is taking place on Friday, 6th December at The Principal Hotel, held in partnership with Selfridges. The champagne reception is sponsored by Peninsula.

Click here for tickets and more information about Sparkle in the City. 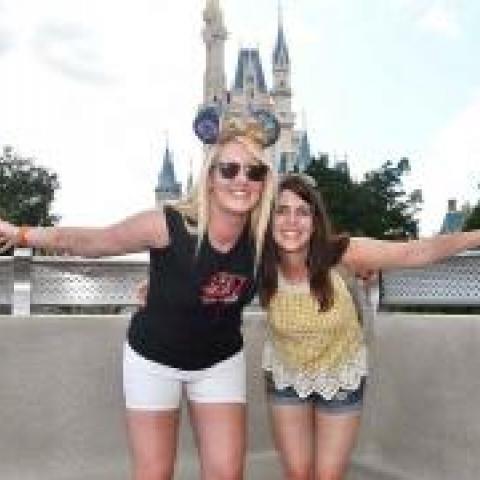