A doctor at Royal Manchester Children’s Hospital served up a fundraising treat for charity after playing a starring role in hit TV show ‘Come Dine with Me’.

Dr Sukhbir Bhullar, who works in the Paediatric Emergency Department at the central Manchester hospital site, appeared in the hit Channel 4 show alongside three other Salford residents. After serving up a feast including Thai salmon fishcakes, pork loin roulade and rhubarb and ginger crumble, Sukhbir walked away with £500 in winnings after sharing the £1,000 prize with fellow contestant, boxer Shinny Davenport.

Generous Sukhbir, who has been with the Central Manchester Hospitals Trust since August this year, donated his winnings to Royal Manchester Children’s Hospital Charity, which supports projects to enhance the experience of the 200,000 youngsters who are treated at the hospital every year.

‘Come Dine with Me’ is just one of the Manchester medic’s personal challenges he has successfully completed. In  January 2012 he climbed Adam’s Peak, the second highest peak in Sri Lanka before going on to the greater challenge of Machu Picchu in Peru a year later. Earlier this year he set himself a challenge to complete a marathon within the year, beginning his training by participating in his first Great Manchester Run on behalf of RMCH Charity, completing the 10km course in one and a quarter hours, before moving on to the Great Scottish Run Half Marathon in Glasgow. His challenge will culminate in the Walt Disney World Marathon in Orlando in January 2014.

“Competing on ‘Come Dine with Me’ was unlike anything I’ve ever done and was a lot of fun. It was a novel way to raise money for the Hospital Charity and very different to the more physical running and mountain climbing challenges I’ve set myself otherwise.

“Working at Royal Manchester Children’s Hospital I can really appreciate the fantastic work undertaken by the Charity to help make our hospital as child-friendly as possible and I am very glad to have been able to help in some way with their fundraising.” 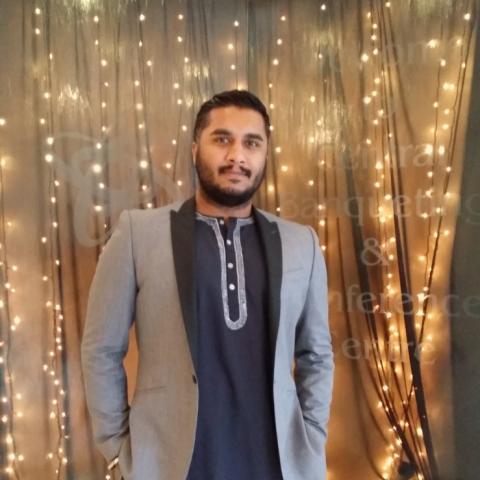