Patient and supporter Charlotte got to go behind the scenes at Coronation Street with our patron Brooke Vincent, who plays Sophie in the hit soap.

Brooke and Charlotte have both signed up to take part in the Moon Rise Run in support of the children's hospital.

12-year-old Charlotte from Gatley was diagnosed with a very rare form of Acute Myeloid Leukaemia in January 2014. Since then she’s spent a lot of time on Ward 84, the hospital’s specialised cancer ward, undergoing three very strong courses of chemotherapy, followed by a bone marrow transplant in July from a donor in Germany.  She is now undergoing specialist treatment called ‘extracorporeal photopheresis’ which involves filtering her blood through high intensity UV light.  Following her sessions she must cover up and wear sunglasses.

In April Charlotte hopes to take part in the Moon Rise Run with her mum, dad and some friends and is raising money to support the enhancement of the Bone Marrow Transplant unit at the hospital to make it a less clinical and more child-friendly environment.

The Moon Rise Run takes place on the 18 April.  Find out how you get involved and join #teamhumphrey. 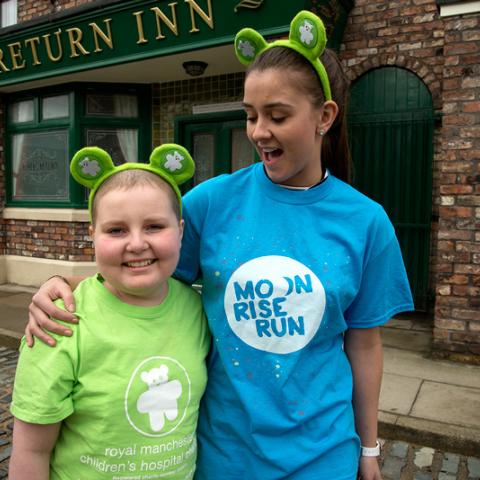