Saving a child’s life shouldn’t be a game of chance this Christmas.

Currently, the most seriously ill or injured children can't get to hospital as quickly as they need to because there isn't an onsite helipad here at the hospital.

When a critically ill child is rescued by air ambulance, the pilot has to land over a mile away, a road ambulance is then sent to meet it adding valuable minutes on to the child’s journey to hospital.

The first hour after a major accident is known as “The Golden Hour” when a child’s chances of survival and a good recovery are vastly increased by receiving prompt medical care.

There isn't a helipad on our main Central Manchester site and this greatly increases the time it takes for critically ill children to get to the Paediatric Emergency Department and receive the specialist care they so desperately need.

But today, you could help us stack the odds in favour of every local child who needs emergency hospital care – by fundraising on behalf of Royal Manchester Children’s Hospital, or donating whatever you can and joining our Christmas Appeal – you can help fund the 24/7 access helipad the hospital so desperately needs.

Sarah, whose young daughter Danielle was rushed to Manchester by air ambulance after a terrible road accident last Easter, sums up how each and every one of us would benefit from the creation of a Helipad here at our main Central Manchester site;

“In a split second any one of us could find ourselves, or our loved ones, being rushed to hospital by air ambulance. Please, will you join us to fund this vital lifeline that one day might just save or change your own families’ lives too.”

Danielle’s air ambulance landed in a park over a mile away, where she had to be transferred over rough terrain to a road ambulance and transported along a busy commuter route back into Manchester City Centre – all the while, seconds and minutes were slipping away from Danielle’s “Golden Hour” in which she was much more likely to survive.

This year’s Christmas Appeal will provide the vital fund’s to create this dedicated landing site for air ambulance emergencies right here at Royal Manchester Children’s Hospital, but will also provide invaluable ease of access to the Accident and Emergency Department at Manchester Royal Infirmary and Neonatal Intensive Care Unit at Saint Mary’s Hospital – amongst many other services that can be provided at Central Manchester University Hospitals.

Danielle was one of the lucky ones – she survived.

Danielle received the life-saving surgery she needed, just in time, and despite still suffering with a brain injury, which means she suffers memory loss and struggles with concentration, she is making a good recovery.

Until the air ambulance can land on site here at our Central Manchester Location, children’s lives will continue to be a game of chance. The residents of Manchester and the surrounding areas hold all the cards in making this possible, without the continued donations of everyone that supports Royal Manchester Children’s Hospital, the best possible care wouldn’t be possible. 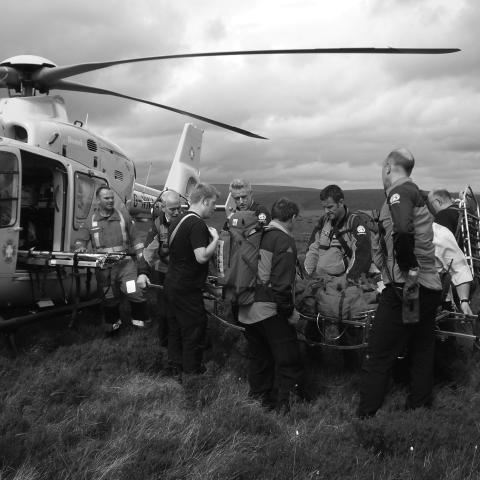