A FORMER hospital patient and daughter of actor John Thomson is taking part in a charity 5K to thank the medical teams who saved her life.

Olivia Thomson, whose dad John is one of our charity patrons, will be fundraising for us when she takes on the Glow in the Park 5K in October.

Olivia, now 16, experienced first-hand the work of lifesaving medical staff at the hospital when she had more than 10 operations as a child, at one point “fearing for her life” when she suffered an allergic reaction and mum Sam rushed her back to hospital. The operations were all relating to a benign epithelial tumour - a condition Olivia was born with.

“I grew up knowing that once or twice a year I’d be having an operation,” said Olivia, who lives in Manchester.

“It was hard as a kid, especially as I couldn’t really talk about it with other children – they would run away or pick on me because they thought it was weird.

“My ninth operation was the worst – I must have been allergic to one of the drugs I was given or something because I ended up on the high dependency unit. We’d actually gone home after the operation but then I felt my throat swelling up and I just said ‘mummy, I need to go back to hospital’. They realised something was very wrong.

“If it wasn’t for the hospital, I wouldn’t be here.

“It was one of the scariest times of my life because I had no idea what was going on.”

Olivia was treated in the Starlight Unit, a satilite ward of Royal Manchester Children’s Hospital, based on the Wythenshaw Hospital site. Her condition meant she had outwardly-growing warts under her tongue and in her mouth. They were contained with regular operations to surgically remove them and prevent them from growing. Without these operations there was a strong chance they would have spread to her throat, meaning Olivia would have been at risk of choking or having breathing difficulties.

Dad John said: “The worst part of it all was seeing your baby being taken away. But she was always a trooper.

“We grew used to the operations, but it never made that horrible feeling in the anaesthetic room any easier.

“But I definitely couldn’t fault the staff – they were all fantastic.”

Olivia recently attended an NHS awards event with Manchester Foundation Trust and hearing about the inspiring work of medical staff inspired her to sign up to Glow in the Park.

She said: “I was in and out of the Starlight Unit to the point where I knew everyone’s name and they knew me.

“When dad recently hosted the NHS awards in Manchester, just how much the staff do for patients really hit home.

“The condition I had is nothing compared to the severe cases they face each day. I have so much admiration for the work and miracles they have performed on so many children.

“So I joined Glow as a thank you to them all. It was also Royal Manchester Children’s Hospital’s 10th birthday this year, so I thought it might as well be this year.”

Thankfully Olivia no longer needs operations, and stopped visiting the hospital so regularly when she was 14. She’s now concentrating on training for Glow in the Park, which is taking place in Heaton Park on Saturday, 26th October at 6.20pm.

Royal Manchester Children’s Hospital Charity’s Senior Events Manager, Viv Williamson, said: “Olivia has picked a great year to be involved in Glow, with it being our 10th birthday year.

“Glow is such a colourful and fun event and we can’t wait to cheer on Olivia and the rest of the participants fundraising for our charity.”

To sponsor Olivia visit her JustGiving Page or click here to sign up to Glow in the Park. 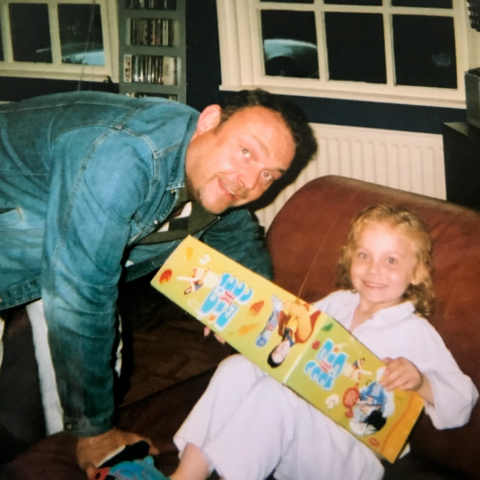