Celebrities help raise more than £34,000 in a week

A HOST of celebrity supporters, including Coronation Street favourites, have helped raised more than £34,700 for Royal Manchester Children’s Hospital Charity.

The money was raised with two of the Charity’s popular Christmas events, which this year went Virtual for the first time: Sparkle in the City and Christmas Carols in the City. Charity patrons Antony Cotton and Catherine Tyldesley, who Corrie fans will know as Sean Tully and Eva Price, also supported the team to make the events so successful.

Virtual Sparkle in the City and Christmas Carols in the City collectively raised more than £17,350 which was match-funded by Peninsula to take the grand total up to more than £34,700.

“It truly felt like we were all celebrating together. And what made it even more special is that we were supporting such a wonderful cause – Royal Manchester Children’s Hospital Charity. We are very proud to have played our part in supporting the Charity and keeping these two festive events alive during these difficult times, which has impacted charitable donations and made the work of the hospital even more challenging.

“We’ve committed to raising £2million for the children’s hospital and match-funding these two events has boosted us towards that grand total.”

Sparkle in the City took place on Friday, 11th September and saw more than 150 households watching host Crystal, auctioneer Antony Cotton and performances from Cole Page and Girls That Mix. The event was not only match-funded by Peninsula, but it was also supported by Selfridges & Co. The event raised more than £7,900 which, with match-funding from Peninsula, meant more than £15,800 was donated to the Charity.

Crystal, who appeared in Ru Paul’s Drag Race UK, brought a unique sense of style and humour and even donated her own prize to the event’s online auction. She said: “It was a really fun event and I’m so pleased we were able to raise such a fantastic amount for the children’s hospital.

“Although I couldn’t be there in person, it was really touching to see all the wonderful comments in the event chat – it really came through just how passionate people are about this amazing Charity.”

The Charity’s second online-based event, Christmas Carols in the City, kindly sponsored by PG Tips, took place last night (Thursday, 17th December) and saw more than 570 households take part to raise more than £9,400, which has been match-funded by Peninsula to make the grand total of more than £18,900.

This event was sponsored by PG Tips and today (Friday, 18th December) one lucky raffle winner will find out they’ve won a year’s supply of tea in the Christmas Luxury Hamper Draw.

Arif Khoudary, Trafford Park Factory Director, from PG Tips, said: “Hopefully that will be enough tea to fuel all those video meetings and the working from home schedules or perk you up for a working day in a factory.

“We were so proud to sponsor this event and we know that every penny raised will make a real difference to Royal Manchester Children’s Hospital – not just for Christmas, but throughout the year.”

As well as readings from Cath Tyldesley and Faye Brookes, Christmas Carols in the City included some wonderful performances from the likes of Brass Monkees, The Hammond School and Manchester Grammar School. Charity mascot Humphrey, the hospital’s friendly green bear, also stopped by to say “hello”.

At the end of the event, echoing the community spirit of the Thursday night Clap for Carers initiative, event-goers were encouraged to join in the final song and sing-a-long on their doorsteps.

Event host, Charity patron, actor and comedian John Thomson said: “I always enjoy the event when it is at Manchester Cathedral and while I obviously couldn’t see everyone taking part this year, it was so wonderful to know just how many families were logged on to watch the festive performances.

“This has been a tough year for many people, so it was amazing to see this event so well supported.

“I consider it a real honour to be a patron of Royal Manchester Children’s Hospital Charity and I’m even more delighted that these two events together have raised more than £34,700. That money will go a long way to supporting treatment, research and care projects that benefit the young patients of the North West and beyond.”

Anyone who missed last night’s performances will have the opportunity to view it again at The Trafford Centre from Monday (21st December) with a text to donate code.

There is still time to make a Christmas donation to the children’s hospital, or any of the hospitals in the Charity’s family. Visit the Manchester Foundation Trust Charity Christmas site to find out more. 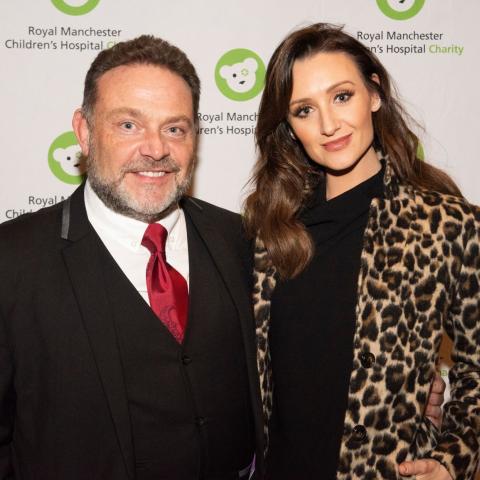