HUNDREDS of families gathered in Manchester Cathedral last night for a very special Carols in the City performance.

The event, organised by Royal Manchester Children’s Hospital Charity, saw a crowd of almost 1,000 people gathered to start the festive season off in style.

It’s estimated the event has raised an amazing £15,000 for the Charity’s Christmas Appeal.

John said: “I was very honoured to be asked to be part of Carols in the City, as it’s always such a special, family event in the Charity’s calendar.

“The children all did a fantastic job of singing and I’m sure there were some very proud parents and families listening intently in the audience.”

The event, sponsored by Unilever, was opened by Canon Marcia Wall, who started the evening with a blessing. Mr Warren Smith JP, Her Majesty’s Lord-Lieutenant of Greater Manchester, gave a welcoming speech before John Thomson took to the stage.

A moving moment in the evening was when Amit Ruia, an avid charity supporter and a member of the Charity’s Fundraising Board, and his daughter Ishika spoke about their own experiences of the children’s hospital. Two years ago, Ishika had been close to death when she suddenly became ill and was diagnosed with a rate autoimmune condition called Vasculitis. The audience fell silent as the pair explained how Ishika’s diagnosis meant a worrying time for the family during Christmas 2017.

The Charity’s Senior Events Manager Viv Williamson said: “This was a very special celebration of the children’s hospital and all the wonderful work the staff do to save young lives.

“I’m so proud we were able to raise £15,000 towards our Christmas Appeal. If anyone was unable to attend, I’d encourage them to find out more about how they can help in other ways by visiting our website.” 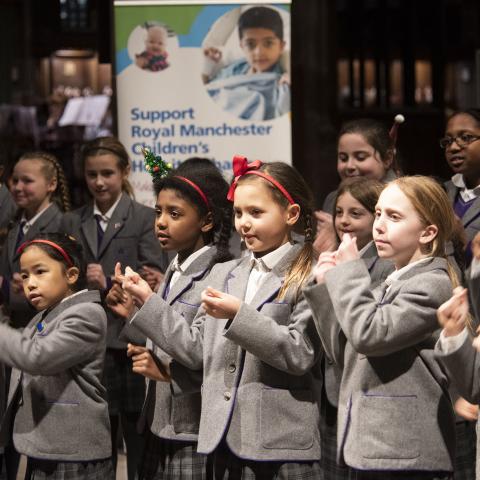