Home > News > Can you help out for Duncan's Decade?

Can you help out for Duncan's Decade?

A FORMER children’s hospital patient who has set himself the challenge of completing a phenomenal 28 fundraising events is looking for “weird and whacky suggestions” of things to do.

Duncan McCombe has reached the halfway point of his fundraising journey, having completed 14 of the 28 challenges he set out to complete to match the 28 days he spent in hospital post-surgery.

He hopes to raise £10,000 for Royal Manchester Children’s Hospital Charity during his “Duncan’s Decade” challenge, which he started in honour of the hardworking medical teams that saved his life. His family has previously raised £5,000, which would take his total fundraising figure to £15,000 if he hits his target.

Duncan said: “A lot of my challenges so far have been running so I’d love to do something different and really push my limits.

“I don’t think there is anything I would definitely say ‘no’ to – I’m pretty much up for anything.

“I keep trying to ask myself ‘what would really test me?’.”

The 24-year-old from Bramhall was just 12 years old when, following a series of headaches and sickness, his optician advised he visit his local hospital for a check-up. From there, Duncan was blue-lighted to Royal Manchester Children’s Hospital where he underwent three operations to remove a brain tumour the size of a tennis ball from the back of his head.

Thankfully Duncan made a full recovery, which is why he is devoted to supporting the hospital’s charity to show his appreciation for the NHS teams who saved his life.

“People have really been getting behind what I’m doing because they realise themselves how wonderful the NHS is,” said Duncan.

“I’m a huge advocate of the NHS and I will always be incredibly grateful to everyone at the hospital – without them I wouldn’t be here today.

“I’ve done 14 events now and raised over £3,500 so I’d really like to re-inject some enthusiasm and come up with something that perhaps other people can get involved with too.

“I’ve just signed up to join Royal Manchester Children’s Hospital Charity’s London Marathon 2020 team so that will be incredible. This will be my 3rd marathon and the one I’m looking forward to most by far!”

Although getting to wave to Minnie and Mickey at the finishline of the Disneyland Paris Half Marathon was a treated, Duncan says his favourite event so far has been The Great Stirling Run – a marathon he completed in April this year.

“It actually started off quite bad and I wasn’t sure I’d do a particularly good run,” explained Duncan. “It was my first marathon and I’d never committed to something so much in my entire life.

“But it ended up being a transformation and it was incredible. My family are from Scotland and I saw places where they’d grown up and places special to us all so it was a really good experience. And it’s not as well-known as the bigger events so it was a more intimate crowd and it was easier to run.

“The most challenging was probably Humphrey’s Heroes Abseil as I’m not a fan of heights so I was terrified before. But it ended up being really fun and I glad I did it.”

Duncan has named his challenges Duncan’s Decade, as the events first started in 2017 – ten years after he was treated at Royal Manchester Children’s Hospital.

Sarah Naismith, Director of Royal Manchester Children’s Hospital Charity, said: “Duncan has shown tremendous support for us and we can’t wait to hear what exciting challenges he ends up completing next.

“It would be great if lots of people got involved and came up with quirky and exciting challenges for Duncan to be part of.

“We’re so grateful he feels moved to give back to the hospital which saved his life and wish him the best of luck on his next event.”

Visit his JustGiving Page to make a donation or Tweet @DuncanMcCombe or @RMCHCharity using #DuncansDecade to suggest an event/challenge to Duncan. 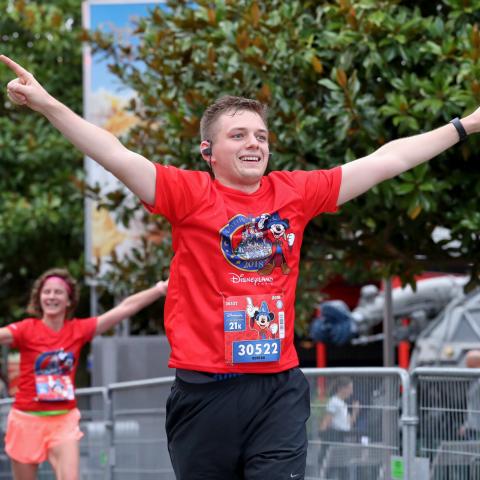