Two-year-old Sorrelle Turnbull from Bury is set to take on a 2km sponsored Lantern Walk to say thank you to Royal Manchester Children’s Hospital for her treatment.

Sorrelle was just ten-months-old when her parents Gemma and Dean Turnbull were given the devastating news that their beautiful daughter had Infant Acute Lymphoblastic Leukaemia.  Sorrelle was admitted to Ward 84 at Royal Manchester Children’s Hospital for treatment to begin, but after the second round of chemotherapy, the family were told that Sorrelle would need a Bone Marrow Transplant.

In March 2016, Sorrelle was admitted to the Bone Marrow Transplant Unit (BMTU), but after the transplant Sorrelle developed a virus in her blood and in her gut.  Due to her weakened immune system the virus could prove fatal so Sorrelle was given a pioneering antibiotic therapy that thankfully cleared the virus from the blood.

During Sorrelle’s five month stay on BMTU, mum Gemma also gave birth to her second daughter, Olivia, at Saint Mary’s Hospital. Mum, Sorrelle and baby spent two months on BMTU, before Sorrelle was well enough to be moved to Ward 84 for the final stage of her treatment.  Three weeks later Sorrelle was discharged home.  During their stay in hospital the family were given the news in April 2016 that the transplant was a success and that Sorrelle was cancer free.

Now to say thank you for the care that she received, Sorrelle and mum Gemma will be taking part in Royal Manchester Children’s Hospital Charity’s very first Humphrey’s Lantern Walk this October.

Mum Gemma commented: “I was so scared that I would lose my daughter when I heard the diagnosis but I knew I had to fight this with everything I had with my precious little girl.  It has been a hard and tough road with ups and downs during her treatment but it has also been rewarding.   My beautiful little girl started to respond to treatment and becoming a big sister gave her a spark back, and in my eyes gave her a new purpose.”

Gemma added: “Put simply without the expert care of Royal Manchester Children’s Hospital I honestly believe I would be a mum of one now.  Sorrelle is doing great, and has recently started nursery, so now it is time to give something back and say thank you to the hospital for the amazing work they do.  Having spent so much time inside as an infant, Sorrelle loves being outdoors so Humphrey’s Lantern Walk seemed like the perfect way for us to thank the staff for all their hard work.”

Angela Rowe, Community Fundraising Manager at Royal Manchester Children’s Hospital Charity commented: “We can’t wait to welcome Sorrelle to our first ever Lantern Walk at Heaton Park. It’s going to be a fantastic afternoon and we hope that families from across the North West will join us to take on the sponsored walk and raise vital funds to make a difference to children, like Sorrelle, in our hospital.” 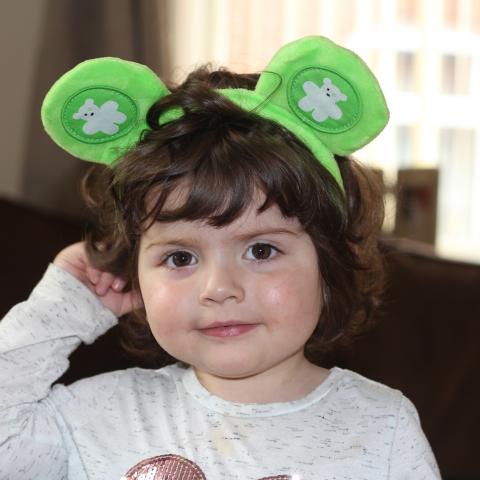