Ten-year-old Maeve Byrne, from Stockport, is preparing to take part in a 4km sponsored Lantern Walk at Heaton Park to say thank you for the care she’s received at Royal Manchester Children’s Hospital over the past nine years.

Maeve was just 10 months old when she was diagnosed with a rare genetic condition called cystinosis, which causes an accumulation of crystals in her organs. It is estimated that cystinosis affects only 1 in 200,000 children in the UK.

Maeve’s mum, Sinead, took Maeve to her local GP when she was a baby as she was concerned that she wasn’t thriving as she should have been. Maeve was a very sickly baby, was often distressed, vomited frequently and was not hitting her milestones as she should.

After initial blood tests at Stepping Hill Hospital, Maeve was referred to Royal Manchester Children’s Hospital where she saw a Metabolic Specialist who diagnosed Maeve with cystinosis. She’s now regularly seen within the hospital’s Renal Department.

Maeve’s mum Sinead comments: “As a parent I just knew something wasn’t right, but nothing could have prepared me for the news I received. I was absolutely devastated; it shook my whole world to hear that my little girl had a long-term illness and that eventually she would need a kidney transplant.”

Maeve now takes round the clock medications in an attempt to slow the progression of the disorder and further damage to her other organs.

Sinead said: “Currently her kidneys and eyes are the most affected, so she has to take a daily regime of medications via her gastrostomy tube every six hours and eye drops every hour. Thankfully Maeve’s health is ok at the moment because of the medication, but this will always be a part of her life and we just have to take it week as it comes.”

Maeve also has physical health problems and experiences daily musculoskeletal discomfort so walking any distance can be exhausting and uncomfortable for her, yet on 17th November she will be taking part in the hospital’s sponsored walk in the picturesque Heaton Park.

Sinead adds: “We’ve spent a lot of time at Royal Manchester Children’s Hospital over the years and currently go every 2/3 months for check-ups. Maeve heard about the charity’s Lantern Walk and wanted to take part to help other poorly children treated on the Renal Ward. So far she’s raised over £1,000 which is just incredible – the support Maeve has received is amazing.

“I couldn’t be more proud of my little girl, after everything she has been through she is still thinking of others and never complains about all the medication she has to take, she just gets on with it and is my absolute superstar.”

Angela Rowe, Community Fundraising Manager at Royal Manchester Children’s Hospital Charity commented: “We’re incredibly grateful to Maeve for saying thank you to our hospital in this special way and taking part in our Lantern Walk event. The walk will be a challenge for Maeve due to her condition, so she should be extremely proud of herself, as we all are at the charity team, especially with the incredible amount she has raised! We can’t wait to see Maeve and hundreds of fundraisers at Heaton Park, helping us to raise funds for the poorly children treated at Royal Manchester Children’s Hospital.” 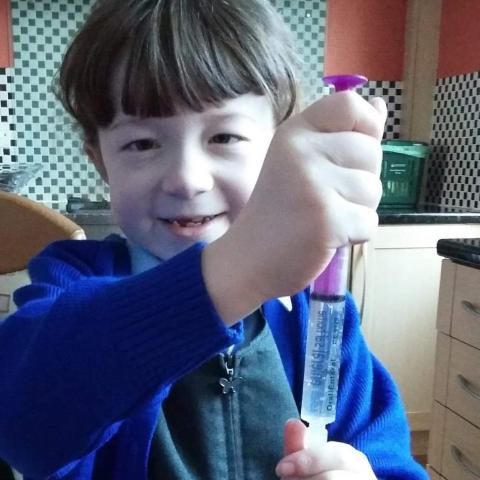