Anya's The Pride Of Manchester

A COURAGEOUS young fundraiser will take to the stage tonight to collect the first ever Pride of Manchester Child of Courage Award.

It's the first time the Pride of Britain team have organised a Pride of Manchester Awards and taking a special seat in the crowd with Royal Manchester Children's Hospital patient Anya Ottley from Bolton.

The event will be hosted by Coronation Street actress Kym Marsh and take place at The Principal Hotel in Manchester city centre.

Anya shot to fame when a video of her performing Fight Song went viral and achieved millions of views on You Tube and Facebook. The video was made at a family friend's wedding.

At the time, Anya was battling a rare form of kidney cancer and had surgery to remove her left kidney in 2017. Although successful, the surgery was followed up by intensive rounds of chemotherapy, but thankfully Anya finished treatment in summer 2018.

Anya and her family have raised thousands of pounds for Royal Manchester Children's Hospital Charity.

Angela Rowe, Senior Community Fundraising Manager at the charity, said: “Anya is such a brave and inspirational girl so hearing that she has received the Child of Courage Award is amazing news.

“We’re so grateful to Anya and her family for all their fantastic fundraising and can’t wait to watch her collect her award at Pride of Manchester.” 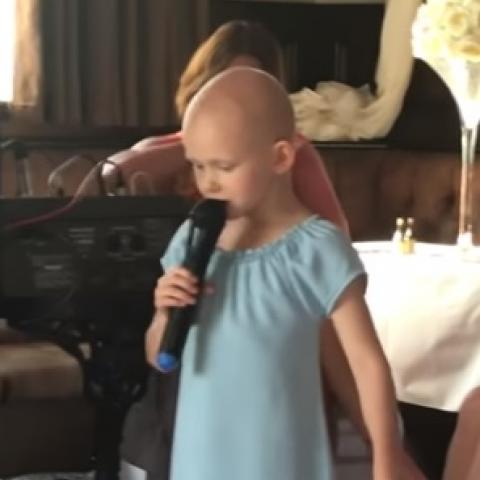