Alethea Petrides, 20, from Middleton, is organising a charity concert to raise money for The Cystic Fibrosis fund at Royal Manchester Children’s Hospital, a place very close to her heart.

Alethea was diagnosed with Cystic Fibrosis, a condition that slowly destroys the lungs and digestive system, when she was just 6 months old. Since the age of two-years-old Alethea had been a regular patient at Royal Manchester Children’s Hospital, often staying in hospital for periods of two to three weeks. Her condition means she has a low immune system, so often had to spend a lot of time in hospital in isolation to reduce risk of picking up infections.

After spending many years in and out of hospital, Alethea was lucky to receive a double lung transplant in 2011 which has enormously improved her quality of life. Before surgery Alethea was dependant on oxygen, wheelchair bound and had to sleep every night with a ventilator. The life-saving surgery has completely transformed Alethea’s life, giving her a ‘miracle’ second chance. Although the double lung transplant isn’t a cure for her Cystic Fibrosis, Alethea can now lead the life she wants to.

To say thank you to the hospital where she has been a long-term patient, Alethea has organised a special cabaret concert, named ‘Bring in the love for Cystic Fibrosis’ taking place at The Anchor Coffee Shop in Manchester on Saturday 30th April. The talented singer is the main act performing on the night, alongside a live tango performance, a jazz ensemble, a hospital school choir and a magic show.

“I wanted to give something back to the hospital and to help other patients who have cystic fibrosis like me. As I love to sing and perform I thought what better way to do this than to put on a concert. With the help of Barrington, a Magic Medic at the hospital, we have been able to organise a special cabaret evening full of music, fun and entertainment.

“Living with cystic fibrosis means I understand better than most, the loneliness that patients face during a stay in hospital, particularly when that stay is a long one, which is why I wanted to do my bit to help. I wanted to use this opportunity to not only raise money towards the hospital, but also to help create awareness about cystic fibrosis.”

“It’s wonderful that Alethea wanted to organise this charity gig in aid of our Children’s Hospital. Alethea is an inspirational young lady who has been faced with so many obstacles in her life, yet still wants to give back and help others. Royal Manchester Children's Hospital provides one of the North West Regional Centres for Cystic Fibrosis, and Alethea’s fundraising will make a valuable contribution to the department. Alethea is an incredibly talented singer so we encourage anyone who wants to head along to get involved and purchase a ticket!”

The charity concert is to be held at The Anchor Coffee Shop, Manchester, on Saturday 30th April 2016. Doors open at 7.30pm.  Tickets cost £10 and can be purchased online via www.copperpear.co.uk/cystic-fibrosis-charity-show 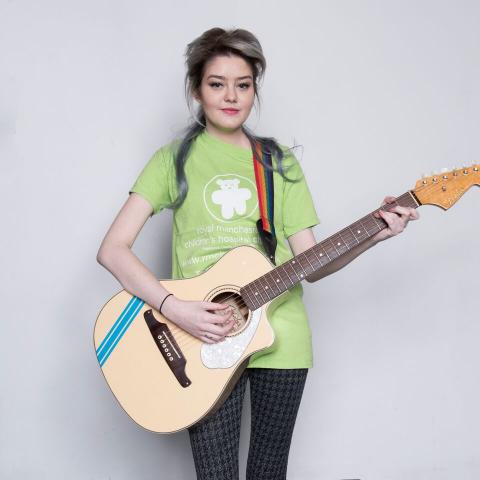