A CHEF who suffers from constant pain, having been born with an array of health complications, is taking part in a daredevil feat for charity.

Andrew Owens already has Spider as a nickname, so channelling Spider-Man will be an easy ask when he takes on the Humphrey’s Heroes Abseil next month.

The event is taking place at the Crowne Plaza off Oxford Road, Manchester on 29th and 30th June 2019 to raise money for Royal Manchester Children’s Hospital Charity.

Andrew was born with spina bifida occulta, a hole in his heart, asthma and a club foot. From birth to age 16 he had eight operations and now suffers badly with back and leg pain, but says he loves doing adrenalin-junky activities and is excited for the abseil.

Andrew, who lives in Salford, said: “I was in hospital at the old Royal Manchester Children’s Hospital site in Pendlebury a lot when I was little, so I wanted to be able to help children who were like me. I’ve chosen to raise funds for the Starlight Unit in Wythenshawe, which is part Royal Manchester Children’s Hospital, as my sister works on that ward.

“I am in a lot of pain 24/7 but I’ve had it all my life, so I’ve learned techniques to block it out now. I’ve learned pain is something you have to learn to control with your head, especially when you have it all the time. I don’t let it get in the way of doing the things I love.”

Andrew’s spina bifida occulta means he has a malformation in his vertebrae. This condition, together with his club foot, meant he needed a number of operations throughout his childhood to try to correct his posture and make his foot face forward better.

But as a result of the two conditions, the muscles in his right leg are weaker and the limb is noticeably smaller. To compensate, his left leg has more muscle mass and is much wider and stronger.

“I call the little one my chicken leg,” laughs Andrew, 32. “And the left one is my Arnie leg – like Arnold Schwarzenegger.

“You have to be able to laugh at yourself – you shouldn’t take life too seriously.”

Andrew has no worries that his disability will hold him back – in the past he has abseiled 120ft down a cliff, climbed Snowdon five times and has completed a 10K run.

It’s this determination and strength that helped him through all the operations and hospitals stays when he was younger.

“The most painful part was when my fibular bone started growing outwards and you could see it poking out at the bottom. This was when I was about 12 or 13 and it was because that’s when you start really growing. My ankle was stuck out at an angle and it was really painful. They had to use pins and screw it in place but then there were complications around the screw as well.

“There have been more operations as I was growing to try and straighten my foot and flatten it out, but it got to the point where I had a bit of movement in it, so I just didn’t want to have any operations anymore. It was too much.

“It’s funny because there are people who have known me a long time who didn’t realise I had a disability…then I show them the difference in my legs and they can’t believe it.”

Andrew now works as a chef at Old Trafford. The part time role is ideal, as he can rest between stints in the kitchen. He says he considers himself lucky as some spina bifida patients have much worse outcomes.

“I do believe in living life to the full and not dwelling on things,” said Andrew. “That’s why I signed up to the abseil.

“I used to be called Spider when I was younger because I loved spiders so much, so I’m going to get a Spider-Man costume for the abseil.

“I’m really looking forward to it and doing something to help children who are going through similar things to what I went through – I want to show them you can come through the struggles and out the other side.”

Sarah Naismith, Director of Royal Manchester Children’s Hospital Charity, said: “We love hearing the reasons that motivate our fundraisers to take part in events for us and we’re so grateful to Andrew that he has signed up to the Humphrey’s Heroes Abseil.

“We still have places left for the event. Unlike the recent Manchester Marathon, it doesn’t involve any training, so it’s a great one to sign up to if you want to fundraise but don’t feel you have the time for a rigorous training schedule.” 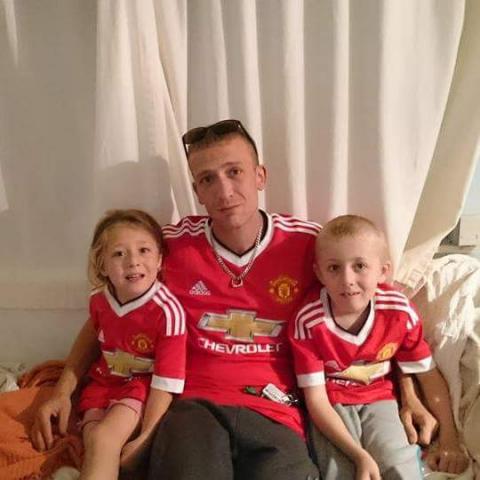